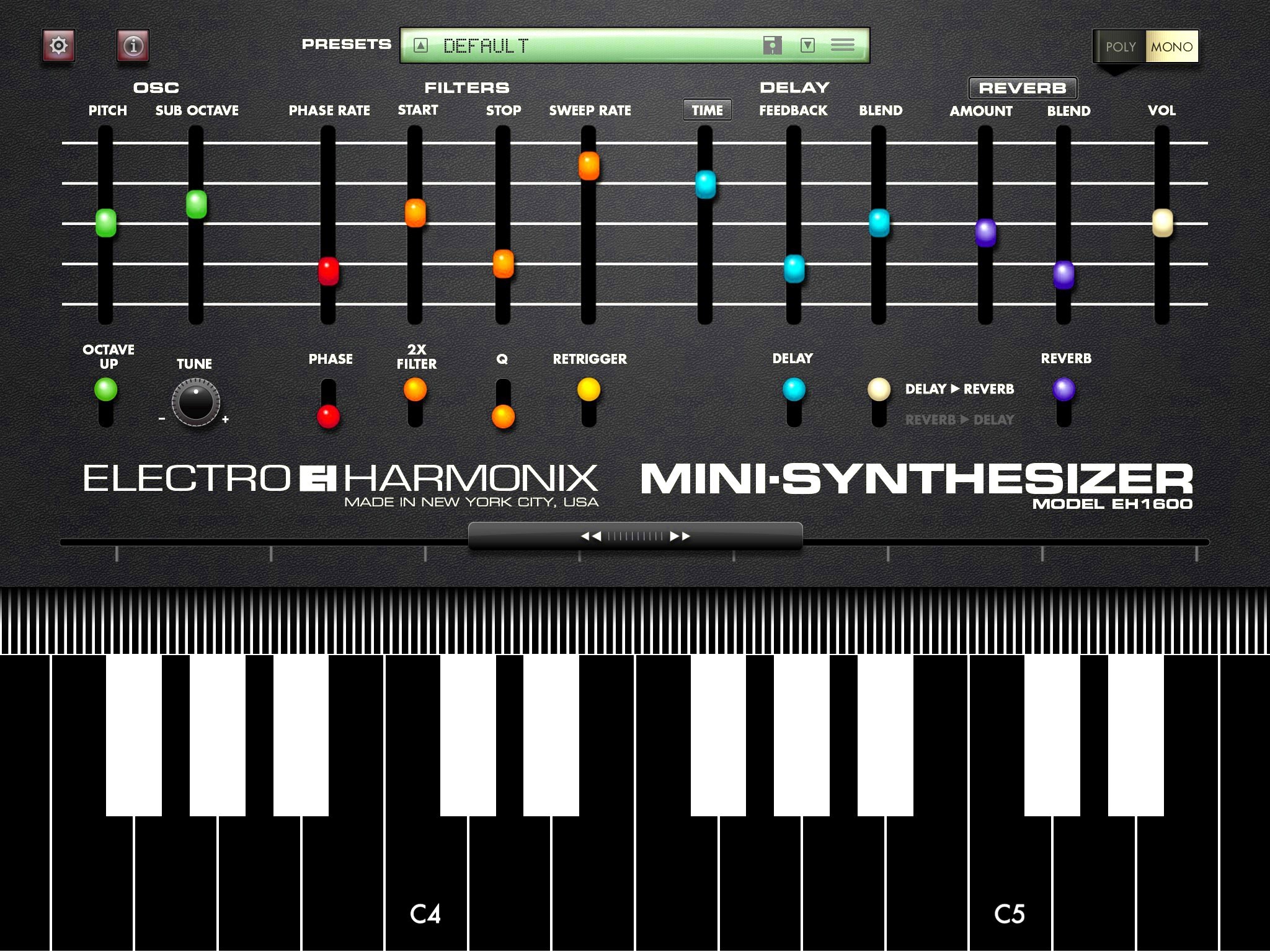 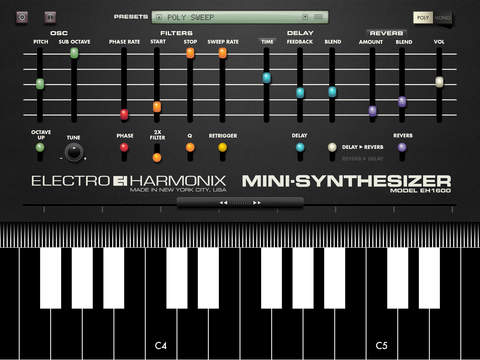 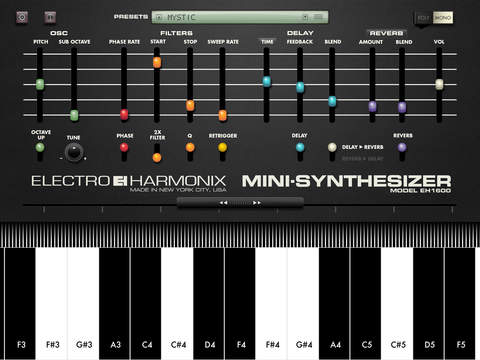 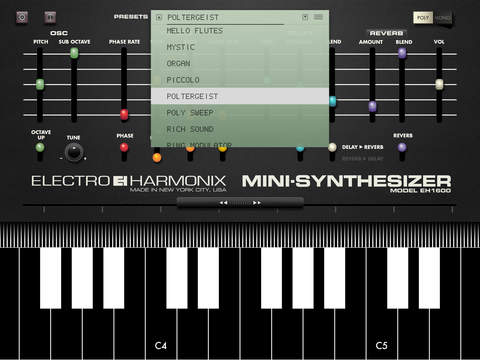 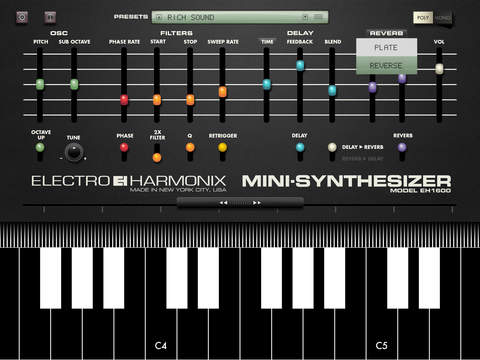 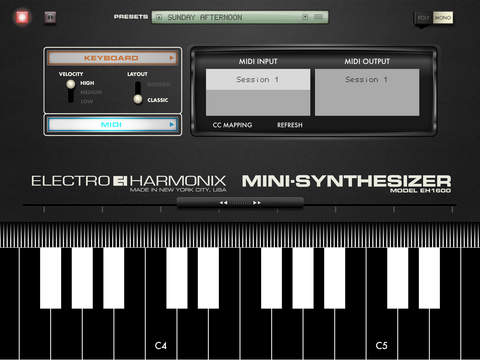 Electro-Harmonix, a pioneer since 1968 in the field of sound effects pedals for musicians, has produced an app which is a faithful digital re-creation of their circa 1980 analog cult-classic, The MINI-SYNTHESIZER.

Available for iPad and iPhone (IOS version 8.0 or later), the EHX MINI-SYNTHESIZER accurately delivers all the vintage synth sounds of the original plus modern updates.

EHX President and Founder, Mike Matthews stated: “Fans of vintage synths will appreciate the apps ability to recreate the original’s warm analog sounds and deep funky bass, but because it’s so affordable ($2.99 for phone, $4.99 for tablet) and user-friendly, parents, educators and non-musicians will love it, too.”

The MINI-SYNTHESIZER app comes with 22 presets and the ability to store an almost unlimited number of user presets programs.

Intuitive, flexible and powerful control are provided by the MINI-SYNTHESIZER’s 12 sliders and nine switches. Here’s a breakdown of the user interface:

OSC Section
– PITCH slider lets the player raise or lower the pitch of the note by +/- 1 octave
– SUB-OCTAVE slider introduces a note one octave below what’s being played for extra bottom
– OCTAVE UP switch causes the note being played to jump up one octave.
– TUNE knob lets the player tune the MINI-SYNTHESIZER to other instruments and sound sources over a +/- 50 cents range.

MISCELLANEOUS CONTROLS
– VOL (Volume) slider adjusts the MINI-SYNTHESIZER’s overall sound output level
– POLY/MONO switch toggles between polyphonic (four notes can be played simultaneously) or monophonic (only one note can be played at a time) modes
– PRESETS pop-down menu displays the presets available and allows the user to instantly select one
– HORIZONTAL slider lets the player adjust the keyboards sounding range over an expansive eight-octave range.
– RIBBON Interface lets the player perform portamento (glide up or down to pitch), vibrato and other expressive playing.

The easy-to-use Electro-Harmonix MINI-SYNTHESIZER App is loaded with great sounds and features and is sure to appeal to serious musicians and non-musicians alike.