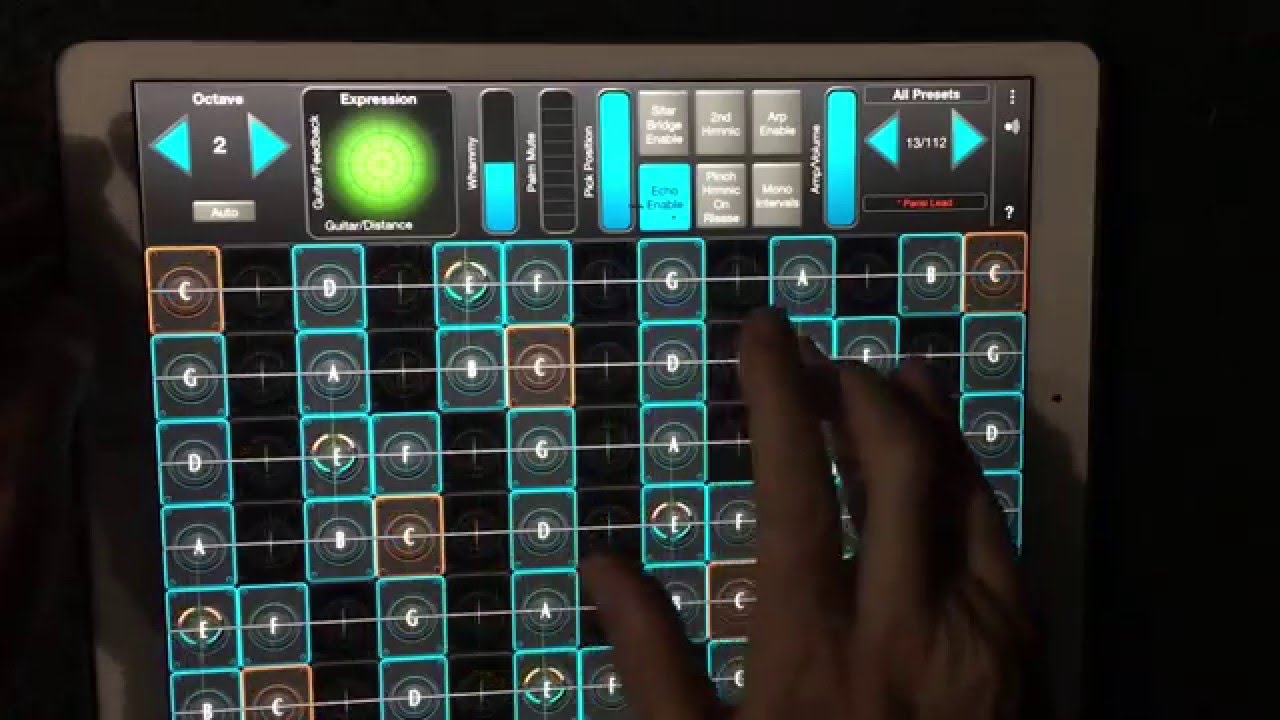 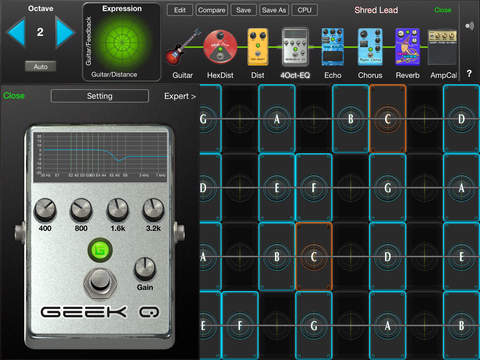 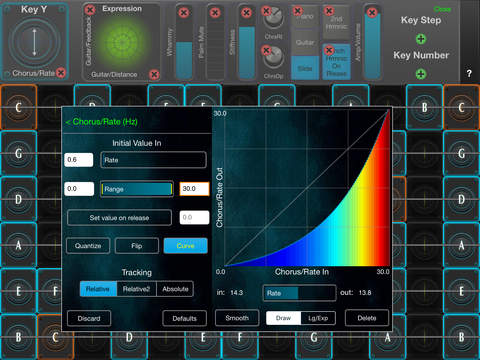 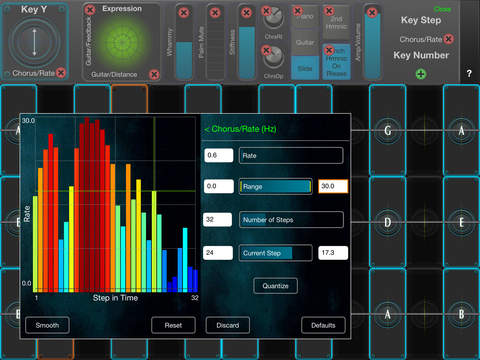 GeoShred is NOT just another app. GeoShred is a powerful, musical instrument that offers a performance environment on a multi-touch surface unlike anything you’ve ever experienced.
Physical modeling synthesis is back with a vengeance.

GeoShred lets you create music using expressive physical modeling synthesis. You can achieve realistic guitar sounds, and also bend, stretch and manipulate the sound into endless possibilities. You can explore, edit and control the mechanics of a guitar model – solid or hollow body, nylon or metal strings, pick position, harmonics and much, much more!

With GeoShred, you have the power to make music that comes alive with expression, real controllable feedback, finger vibratos, note slides, power chords, auto-arpeggios and much, much more.

“…turns your iPad into a wonderfully expressive new type of instrument.” – macProVideo

“The sounds are absolutely fantastic… You need look no further.” – Ask.Audio