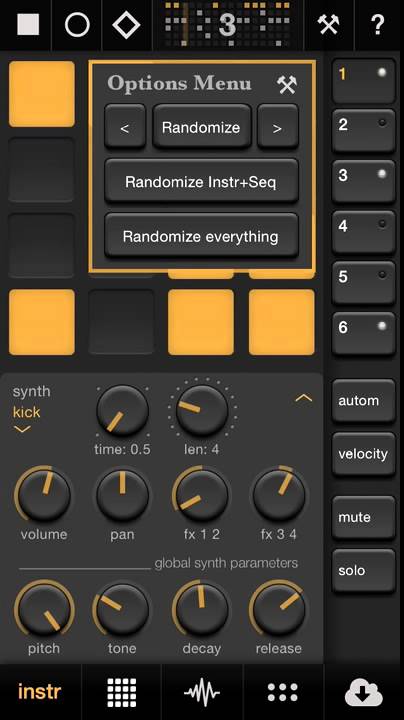 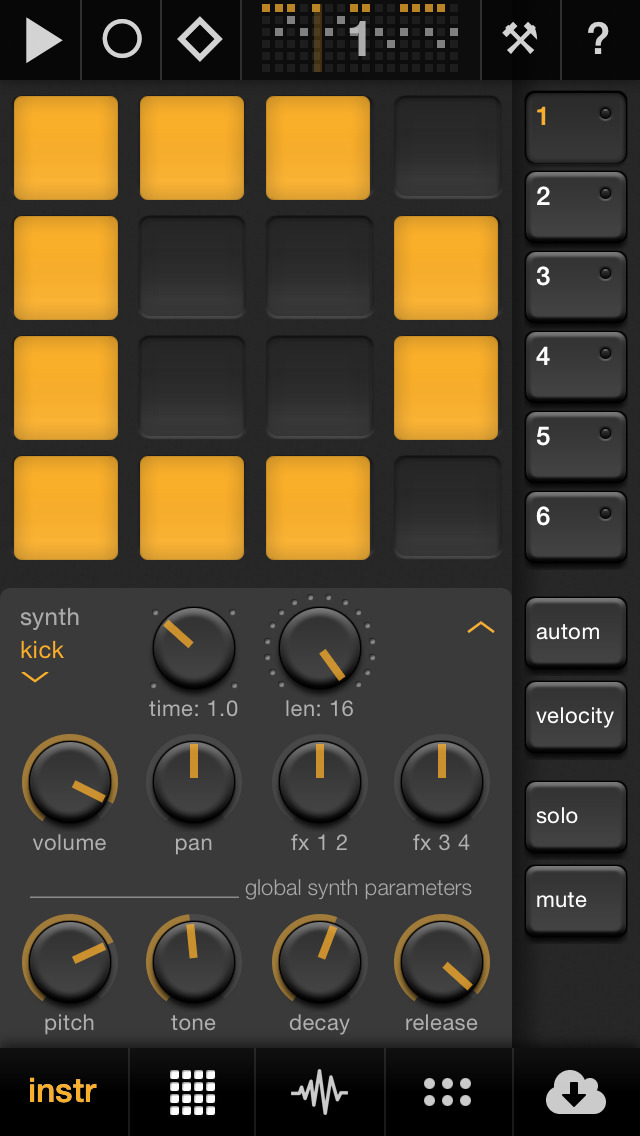 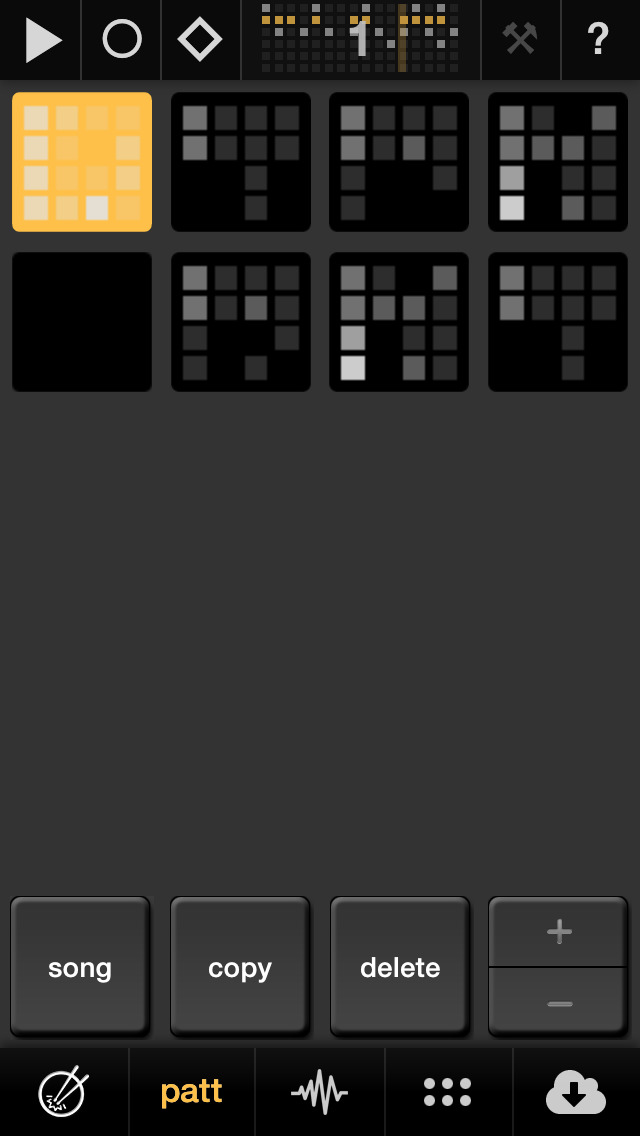 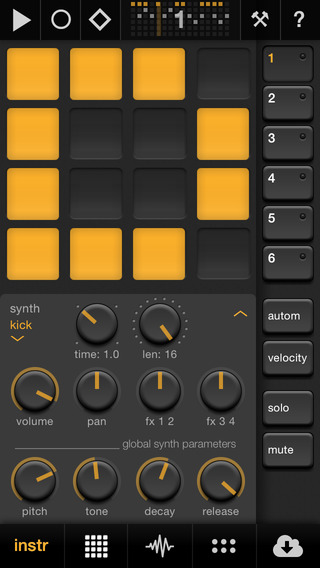 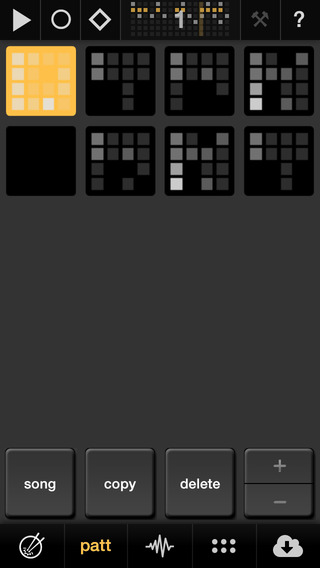 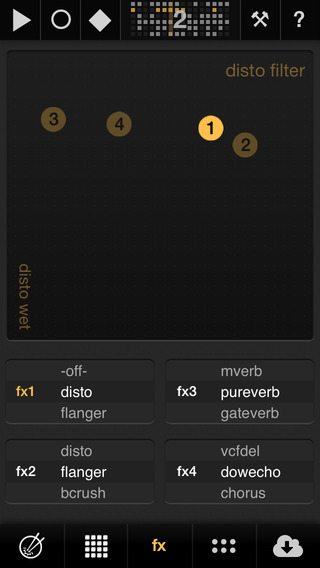 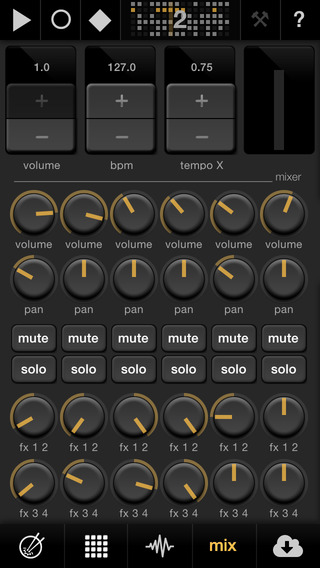 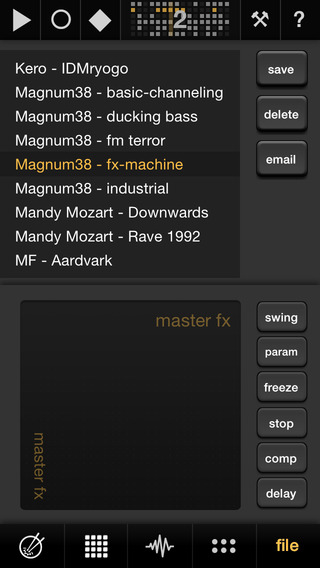 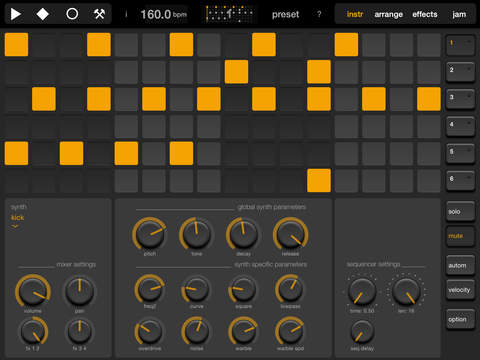 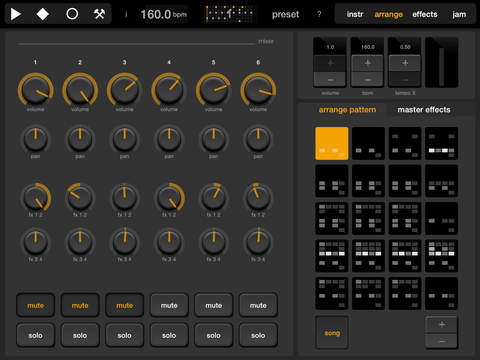 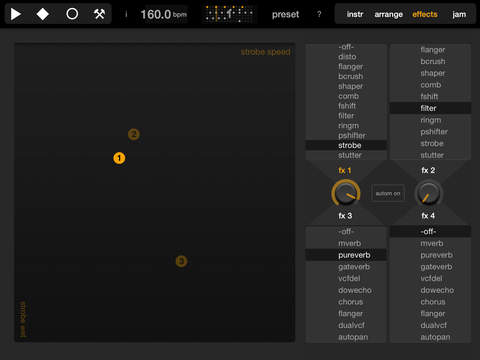 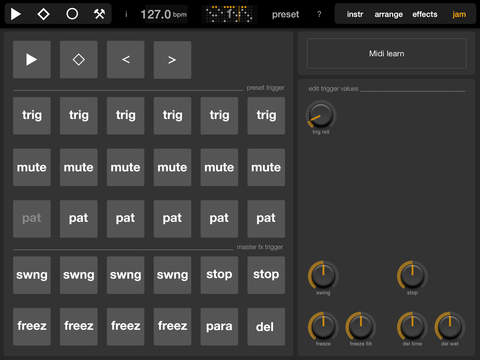 Machinedrum: “It’s awesome, a lot of fun to work with and very easy to get something going. I love the sound presets too.“

iOS MARS: “This app could very easily be considered as THE best synth drum app available”

Palm Sounds: “I have to say that I’ve been completely impressed by this iPhone drum machine. In terms of sound, in terms of design, and in terms of functionality. It is amazing.”

CDM: “Finally, Your Pocket Gets a Perfect Drum Synth: Elastic Drums for iPhone”

Zaclaurent.com: “You will achieve unheard of depth in percussion using Elastic Drums, I just have!”

Elastic Drums, is a music app with 6 channels of synthesized drum sounds, a step sequencer and 4 fx channels, all tweakable in an elastic way. The sound range is from classical analog beatbox style to the weirdest effect drone soundscapes.

– 12 parameters for each synth engine

– automation for each parameter via knob recording or velocity

– 16 step sequencer for the 6 channels, each with it’s own tempo multiplier & length

– record audio and export to Soundcloud or Audioshare

Because all sounds get generated in realtime, the app is cpu heavy! iPhones 5 and greater can handle it with no problem, on iPhone 4s and iPad 2 effects 3 and 4 get switched off by the engine automatically to save some cpu power. iPhone 4 and iPad1 are NOT recommended!

Elastic Drums is published by MoMinstruments, the instruments app label of Mouse on Mars and friends.

– save battery power with background audio switched off

– iPad2, iPhone4s improvement: fx2, fx4 were not properly switched off

– slightly performance improvements due to fx off switching in master section